Welcome to part 5 of my means to be successful next year series. My past four installments are easily accessible since I have not done any posts in between them. Today our focus is on Evengy Dadonov, Jason Demers and Alex Petrovic.

He’s back! After disappearing from the radar of Panther fans, Dale Tallon brought him back. Dadonov played a few years with the club from 2009-12. Putting up 20 points in 55 games, Tallon traded him due to several veterans beating out the young Dadonov for a spot. Now with his rights expired as an RFA he is returning. Dadonov is expected to replace Jaromir Jagr on the line alongside Barkov and Huberdeau.

Chance to make it: 78%. Dadonov has had NHL success and coming off a 30 goal season paired with pheonmenal linemates, Dads should make it. 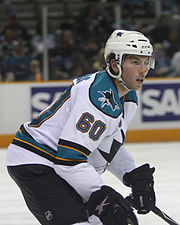 Demers had a weird year last year. After a great start, he burned out and was an ankle weight for the remainder of the year. Struggling defensively but being able to provide the occasional offensive punch, Demers gets a lot of flack from fans for being the replacement for Erik Gudbranson. However while Demers could easily fetch value in a trade, I want to get another look at him.

Chance to Make It: 62%. Demers is good at putting up assists in his career however he needs to start finding the back of the net again.

An ankle injury kept Petrovic out of the lineup for a significant part of the year. When he came back, Petro continued to do what he was brought in for which was defend. While he didn’t make any Gudbranson style hits, he played efficently in his own zone.