Welcome to the third part of The Puck Under the Sun’s Means to Be Successful Next Year series. I have done parts 1 and 2. The six part series includes a look at 17 players who will be on the team next year and what they need to do in order to have a successful season. In Part 1: Vincent Trocheck, Colton Sceviour and Mark Pysyk were the center of attention. Part 2 had Jonathan Huberdeau, Nick Bjugstad and Aaron Ekblad. In this part we will look at Aleskander Barkov, Radim Vrbata and Michael Matheson.

Barkov continued to struggle with health problems this season. After a slow start, Barkov took off in Mid-November shortly before head coach Gerard Gallant was fired. After taking January off to nurse an injury, Barkov and linemate Jonathan Huberdeau were reunited with Jaromir Jagr and those three went on a tear in February. However Barkov’s season was cut short by a back injury. Barkov if he is healthy is one of the Top 5 Two-Way Centers in the NHL. Barkov is the best player on the team in my opinion and he needs to be healthy.

Odds to make it: 39%. Barkov has never played more than 71 games in a single season and it’s doubtful he plays 75+. He is also inconsistent at times. However, if we have a full season of healthy consistent Barkov he will reach these numbers.

Although he is 36 years old, Vrbata is coming off one of his top offensive seasons. Vrbata led the Coyotes with 55 points, his 4th best career output which was 16 more points than 2nd place Oliver Ekman-Larsson. Now joining an actual good Top 6, watch out for the V combo of Vrbata and Vincent Trocheck.

Expectations: 88%. Vrbata will most likely reach these numbers providing there is a healthy lineup around him. 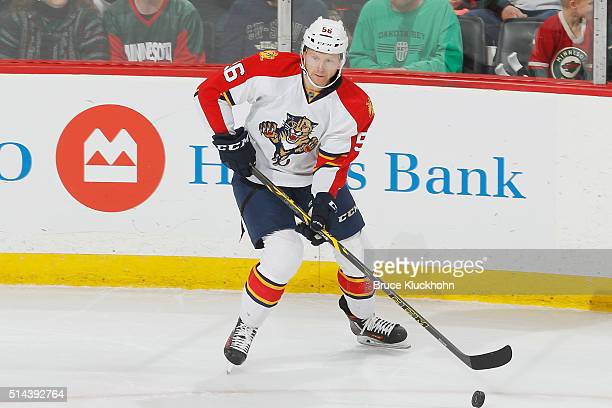 An offensive defenseman, Matheson had a solid rookie season. He wasn’t anything special but he did contribute what he needed to do. Matheson was also constantly changing partners. With a consistent partner and powerplay time, he will thrive

Chance to make it: 50%. Matheson needs to have a good and solid partner. He also needs good ice usage in order to reach this. He wasn’t played well by Tom Rowe. Look for Bob Boughner to get him an appropriate amount of ice time.