Welcome to Part 2 of my Florida Panthers coaching search. Part 1 is right here:

Now in part 1, I explored 7 of 21 candidates I would consider for the Panthers coaching job next year. In part 2, I hope to do 7 but might end up doing more or less depending on the amount of words I type. Let’s get this party started

Oates was one of the better centers to lace up skates in the NHL. Overshadowed by guys like Gretzky, Messier and Lemeiux, he played during the golden age of scoring in the NHL. He played with several teams. Oates is a contender because he could help the Panthers offense spark and help them make smarter plays. However, he has little coaching experience so I’m not sure if the Cats will look to nab him.

The Florida Panthers penalty kill has seen a drastic improvement from 2015-16 to 2016-17. Jumping from 24th in the league to 2nd, this happened thanks to Scott Allen. Allen has several options he can utilize on the penalty kill and he has done a fantastic job. While Allen’s AHL coaching record isn’t that impressive, if Rowe stays in the organization, his long time friend Allen might see himself as the leader behind the bench.

The head coach of Hershey lead them to a Calder Cup Finals last year. Troy Mann has done a fantastic job with the Hershey Bears. He could find himself on an NHL bench soon, like Jared Bednar in Colorado. The Bears have the second most goals for in the AHL this year. While they have allowed 187 goals, I’d rather be winning games 7-5 than 2-1. Mann could help Smith and Bjugstad stop slumping and develop Marchessault, Barkov and Trocheck into perennial 30 goal scorers. Mike Sullivan started 2015-16 behind the bench of the Wilkes-Barre Scranton Penguins. He ended the year in the visitors locker room of the SAP Center in San Jose squirting champagne over Lord Stanley’s Chalice as the Penguins won the cup. Maybe Troy Mann can bring that magic to Sunrise.

Out of all of the candidates, Kinnear is probably the frontrunner for the job. I’m not saying he is the frontrunner on my list but I think he is the candidate who is most likely going to get the job. After spending a long time as an assistant AHL coach in the Hurricanes organization, Kinnear finally got a head coaching opportunity this year in Springfield. The Thunderbirds have gone 26-27-10 this year. That’s because the T-Birds have lost many of their top forwards. Greg McKegg spent most of his time with the Panthers before being claimed off waivers. Paul Thompson, Kyle Rau and Denis Malgin have spent lengthy stretches of time in the NHL. Harper was traded. Hawryluk has been injured for most of the year. On defense, they lost their stalwart #1 defender, veteran Jakub Kindl to a call-up. Weegar has done well. Rowe called Kinnear one of the brightest coaches in the AHL. If Rowe stays as GM, Kinnear has a very good shot at the Panthers job.

Known as the NHL’s “Favorite Interim Coach”, John Torchetti began his NHL head coaching career as the third head coach of the Florida Panthers in 2003-04, taking over just a few weeks after I was born. Torchetti was coaching a Panthers team that wasn’t going to make the postseason. He did okay. Last year, he got his big break when the Minnesota Wild gave him a chance as an interim coach. He went 15-11-1. Now with the Red Wings, maybe Torchetti should leave Motown and return to the beaches of South Florida for his first full time head coaching job in the NHL. 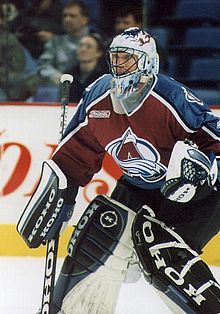 In June 1996, South Florida’s most wanted man was Colorado Avalanche goalie Patrick Roy. Roy was a key reason why the Avalanche won the 1996 Stanley Cup holding the Panthers to just 4 goals in the entire series including a shutout in the game 4 winner triple overtime, a 63 save shutout. In Colorado, Roy had a hot start but resigned after his role in management was limited. That would be an issue in Florida. But he is a hothead and he could help spark the team and help out the defense.

Experience as an NHL Coach: Yes

Dallas has not had a good year. They are all offense. Lindy Ruff is a good coach but he needs a goalie. The Panthers have Reimer and Bobby Lu. Ruff along with Paul Maurice in Winnipeg are leading candidates to be fired this offseason. Ruff likes to play an offensive style. When he was in Buffalo, his defense struggled but he had Hasek. I think Ruff is a great candidate but I’m not sure if he’ll want to swap his spurs and boots for sunscreen and swim trunks. But you never know about the future for sure until the future arrives.