A Unrestricted Free Agent means that on July 1st, 2017; anyone can try and sign him without giving up compensation. According to the CBA, a player becomes a UFA after playing 7 years and/or becoming 27 years old. They have no restrictions at all. There is one way that an RFA can become a UFA. If a team doesn’t see them getting a deal with an RFA by July 1st and they don’t tender them a qualifying offer then they immediately become a UFA. Here are the upcoming Panther UFAs.

The ageless legend has been playing for a long time. Last night, the 45 year old Czech broke another record recording his 269th NHL point since “going over the hill” which beat NHL legend Gordie Howe’s record of 268 points after the big 40. The oldest player in the league has blossomed with fellow European Sasha Barkov, arguably the most talented player to ever come out of Finland and Canadian youngster former Rookie of the Year Jonathan Huberdeau. Jagr is a fan favorite in Florida and around the league (except in Pittsburgh). He is about to suit up for his 1,700th game which will ironically barring any sudden issue aganist the team that drafted him, the Pittsburgh Penguins. Now this is a big question. Do Huberdeau and Barkov still need Jagr? I can’t remember a second of 5 on 5 ice time that Barkov logged this year without Jagr. The answer is uncertain. Jagr’s age definetly makes that line slower and Jagr has been known to turn the puck over a lot. However, I don’t see anyone on the current roster or is ready in the system that has the talent to play with Huberdeau and Barkov. But with every single year Jagr stays, the harder it will be on Huberdeau and Barkov to adjust to a new winger and we can’t have a 60 year old Jagr playing alongside a 36 year old Barkov and a 38 year old Huberdeau in the future. Jagr is great for marketing though.

Verdict: Although he is defnititely slowing down, I think the Cats need Jagr for at least one more year. But I would play Huberdeau and Barkov with other wingers and rest Jagr during some games. I would sign him to a 1 year $3.3M deal with bonuses.

Dale Tallon made another fantastic move when he bought in Vanek. Vanek has done well alongside snipers Bjugstad and Marchessault. He had 4 assists against the Leafs. Vanek isn’t too good defensively but he helps out a killer shootout lineup and is good on the powerplay. Since March 1st when he was acquired, the Panthers rank 12th in the NHL on the powerplay. Before his acquisition they were 25th on the man advantage. He is supposed to be a sniper but his pass is underrated and I want to see what he can do in a full uniform in red.

Verdict: Keep him and play him with Marchessault but find another guy instead of Bjugstad to play with those two. Sign him to a 2 year $6.5M ($3.25M Annual) deal. 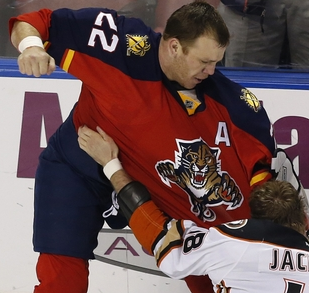 Thornton was resigned to keep a security cop out there when the Cats got rid of Gudbranson, Mitchell and Kulikov until Jayce Hawryluk developed. Now with Hawryluk looking like he will earn a spot next year, I think the long time fisticuffs thrower will hang up his skates and join the Cats front office. He has done very well this year, almost scoring on many chances because when they play him, Sceviour is double teamed leaving him open. But Thornton plans to retire and I think he will. 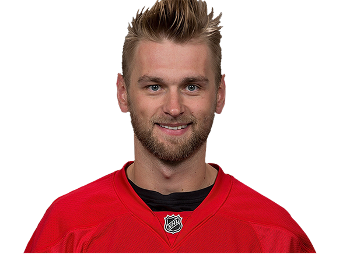 When Jakub Kindl had a decent 2012-13 campaign, Ken Holland thought Kindl would be a solid 4 or 5 defenseman option and signed him to the contract above. It didn’t work out and at the 2016 deadline he was shipped to South Florida for a bag of grapes and a 6th round pick. Kindl didn’t live up to the potential the grapes we gave away for him had so he started the year in the minors but he found his way back into the pros. But he hasn’t done much, only getting into the lineups whenever there are injuries. With four really good defenseman prospects: McCoshen, Weegar, Scarlett and Hultstrom coming up, I doubt he stays in Sunrise. 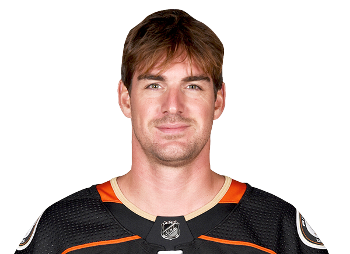 With Luongo undergoing hip surgery, the Panthers were confident they could sign James Reimer. But with Montoya leaving and if Lu couldn’t start the season, the backup would’ve been McKenna forcing Brittan to be Springfield’s starter which would mean the Cats would have to yank a developing goalie out of juniors or the NCAA. So they acquired Berra. I don’t think they will keep him with several goalies competing for the AHL spot next year along with newcomer Adam Wilcox.