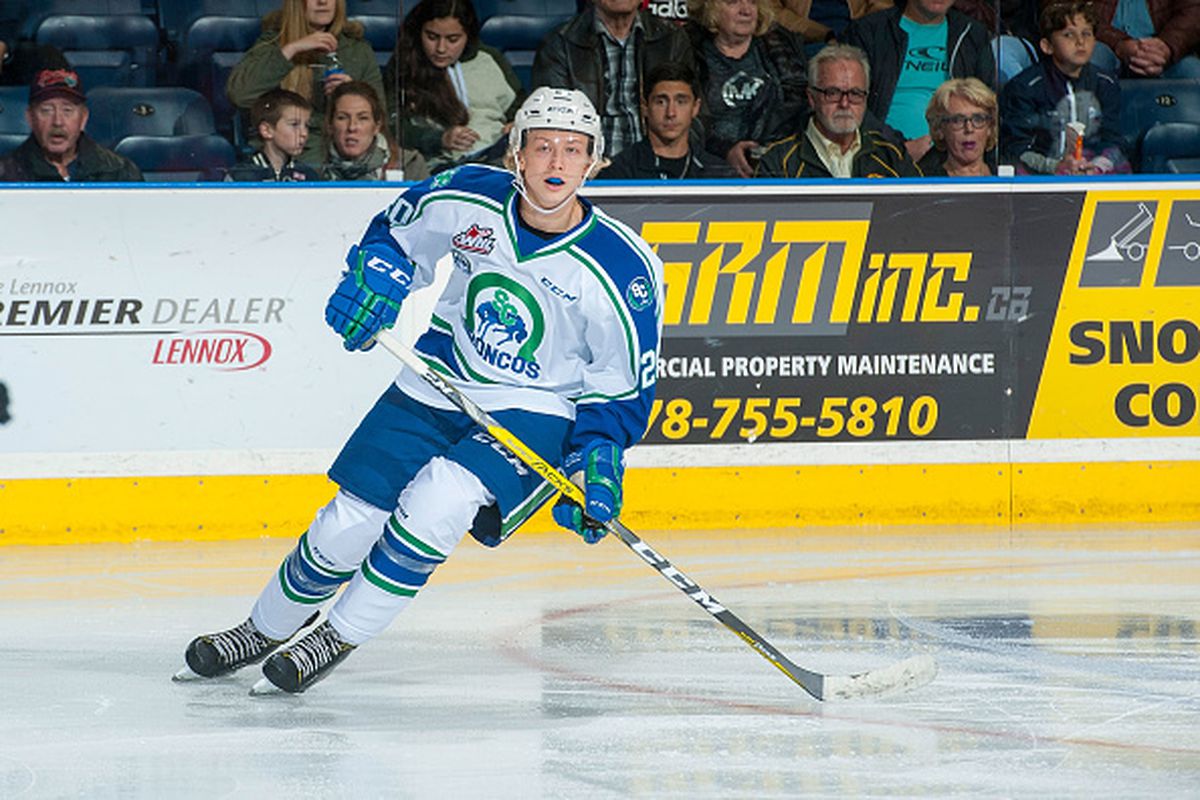 A skilled underrated player, Heponiemi reminds me of fellow prospect Adam Mascherin. Adapting very well to the American game, he won the WHL rookie scoring title and was 16th overall in the WHL in scoring. Another Finn to add to the Panthers collection of Fantastic Finns led by Sasha Barkov, Heponiemi likely has a few years. His greatest weakness is his size at a measley 148 lbs. He will need to gain at least another 20-30 pounds before he is ready to make the NHL.

One of the more underrated picks of the 2016 draft, Mamin had a solid year in the KHL by tripling his points from his draft year in 6 less games. Tallon would sign him. Although 25 points in 42 games may seem weak for a prospect, the KHL is the second highest level of hockey in the world. If he is doing well there than in a full season here he could put up 30 or more points. However I think Mamin should spend a year in Springfield getting adjusted to the American game before playing in Florida.

Injuries decimated Hawryluk’s 2016-17 season and cost him a call-up. Hawryluk compares himself to Brad Marchand, the type of gritty player who can score that the Panthers need. Hawryluk has fell under the radar recently and it wouldn’t surprise me to see him traded for a solid return. However, Jayce will likely stay with the club and might see action this year as an injury replacement. 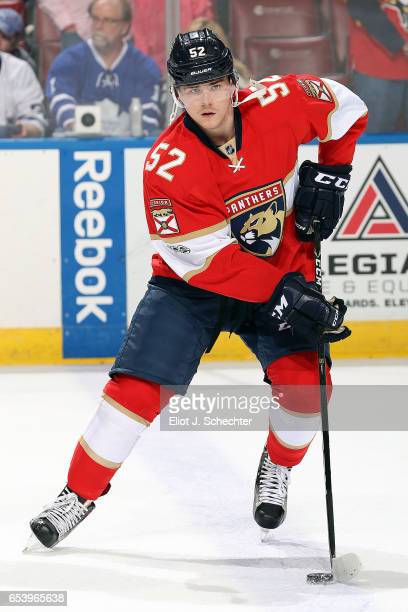 Mackenzie Weegar had a breakout AHL season last year as he finished 3rd on the Thunderbirds in points and was an AHL all-star. Weegar impressed when he was called up and was a solid 2 way presence on the blue line. I think the Panthers will go with 13 forwards and 8 defensemen this year and Weegar will be a co-7th defender with Ian McCoshen.

Finishing 3rd in the OHL in scoring last year, Adam Mascherin went on a tear through the prospects list landing at #1 at certain points. Mascherin is small at 5 feet 10 but his shot makes up for it. He is a speedy player with a lot of offensive upside and could become a future 30 goal scorer.

McCoshen is a defensive defenseman with offensive upside. Some have compared him to a more offensive version of Erik Gudbranson. McCoshen had an assist during his 3 games up. McCoshen should be another co-7th defender along with Mackenzie Weegar.

The future #1 goalie of the Panthers had an excellent season last year leading the Armanda to the QMJHL finals before being swept by the Saint Johns Sea Dogs. With the Panthers getting rid of their AHL goalies, Montembeault will slide up to #3 on the depth chart and will eventually become the Panthers starting goalie.

Haapala is a skilled small forward who was passed on in the draft because of his size. With Sasha Barkov leading a Finnish renisance in the Panthers organization, Haapala joins fellow prospects Henrik Borgstrom, Aleski Heponiemi and Sebastian Repo as fins on the team. Dale Tallon has spoken highly of Haapala even going to suggest he could join the top 6. However, I think a few weeks in Springfield will be good for him before he joins the club.

The Panthers got lucky when Owen Tippett fell into their hands. Panthers twitter’s consensus 1st round pick, Tippett at 6 feet 2 inches brings a much needed shot to the team. Tippett has signed an ELC so there is a very good chance he makes the NHL. With a lot of competition in training camp for a lot of spots, Tippett’s odds are 50-50. However, e will likely get a few games in the bigs before the brass makes a decision.

The consensus #1 best Panther prospect, Henrik Borgstrom is probably the best move Tom Rowe made as Panthers GM. Filled with personality and skill, he quickly won over many doubters after being drafted. Although he needs work defensively, Borgstrom is an exciting prospect to watch and many can’t wait to see what he will do next. Borgstrom was the NCAA Rookie of the Year after helping lead the Denver Pionners to the NCAA title.